What happened? I know it’s free. I know I seldom post. I know my style is ordinary. I just discovered that the images on the reader are cropped! A shrinking header? Kate Crimmins, have you checked the reader lately? Bloggers, … Continue reading →

Four simple questions to assess what writing is all about for me. When it comes to answering an assessment, I tend to go blank.  A writer’s block maybe? I shrug my shoulder, twitch my nose and say meekly ” I … Continue reading →

Who doesn’t like Bacon?  Can’t say I don’t.  I happen to like bacon and the smell of bacon wafting through the atmosphere.  Imagine me hovering on mid-air following the scent of the bacon.  It’s so enticing.  Ah ….

Bacon is one of the most common discussions at work.  We could talk about bacon all day long except for other belief system that doesn’t eat meat at all.  However, they are intoxicated by the smell of bacon.  Yet, their faith keeps them from eating this sinful delicacy.  They have such deep abiding faith.

Would you care to join me and eat bacon?

When I invite someone, I try all kinds of tricks to join me or join us.  But I suppose dangling bacon is not as good as dangling a carrot.

I am actually talking about Catholics bloggers.  There are many of us: some are really dedicated, some are lapsed.  And there are non-Catholics that are just faithful to their religion.  It really does not matter to me.  Catholic means Universal.  I embrace you all.

For the sake of this post, I am supposed to link two sites that are catholic bloggers.  Let me introduce:

Claudia.  I like her sense of humour and I can relate to her.
“Whoever suffers from mental illness ‘always’ bears God’s image and likeness in himself, as does every human being.” excerpt from statement by Blessed Pope John Paul II at International Conference for Health Care Workers, on Illnesses of the Human Mind, November 30, 1997.

Not The Sword But The Pen.  She wants to join the Franciscan Missionary Sisters of Our Lady of Sorrows (Beaverton, Oregon).  I happen to follow the footsteps of St. Francis.

Friar Musings.  The title is exactly what it says.  He is a Franciscan Friar.  Again, he is another St. Francis in the making.   This link speaks about mindfulness and I quote:

The weather and its coming and goings make us vigilant. What else in life causes you to be vigilant, attentive, watchful, observant, alert? Is it the literal thief in the night?  Maybe at best I have been attentive – you know… lock the doors and windows, install an motion-sensing flood lights outside, regular things.  Did I stay up all night on watch?  No.  Didn’t install ADT or other home protection systems, either. Maybe a better word for all this is that I was “mindful.”  I was mindful of the possibility of a thief in the night, but it was all just integrated into my life.

I did ask the first two but not Father.  They are good in what they do already to let their faith shine in the whole blogging world.

As for Better Than Bacon, this is what it’s all about: click on Man Alive.

I want to believe

that you are NOT

a figment of my imagination.

advance to be recognize. 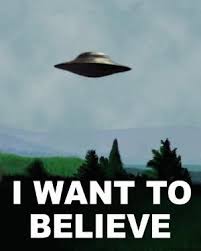